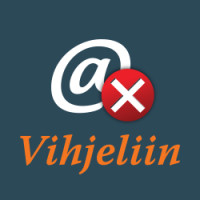 The rapid development of the Internet has created new and useful opportunities for all of us, but unfortunately there are people among the two billion-plus Internet users whose online activities are inappropriate or dangerous to children. Some of them use the world wide web to distribute and store material that contains images of the sexual abuse of children. The Internet knows no borders and material created and uploaded in one country spreads all over the world.

Vihjeliin www.vihjeliin.ee is a free web-based service offered by the Estonian Union for Child Welfare which allows Internet users report web environments that contain material that violates children’s right to sexual self-determination – the production and distribution of works (pictures, videos, etc.) that depict a person of less than eighteen years of age in a pornographic situation, or a person of less than fourteen years of age in a pornographic or erotic situation, is prohibited according to the laws of the Republic of Estonia. Information about other material that is unsuitable for minors or violates their rights can also be given to Vihjeliin. The purpose of Vihjeliin’s work is to contribute to the removal of such material from the Internet.

Information can be submitted anonymously without adding the personal details of the informer. The information received is processed by an employee of the Estonian Union for Child Welfare who has been trained to deal with such information. Vihjeliin only checks information posted on public websites. Material posted in social networks or in environments that require users to log in is not checked and any information about this is passed on to the police. The website address contained in the notice is opened and its content is assessed pursuant to the laws applicable in Estonia. The Police and Border Guard Board is notified of all websites with illegal content. Information about illegal content is sent to the telephone hotline (if one exists) and/or law enforcement authorities in the relevant country if the administrator of the website is located outside of Estonia.

Vihjeliin was opened in February 2011. Up to the end of August this year it had received 3631 messages, 445 of which were reports of web environments that contained material representing the sexual abuse of children.

The Estonian Union for Child Welfare cooperates closely with other organisations, incl. the Police and Border Guard Board, Internet service providers and non-profit organisations, in the prevention of the distribution of material that presents the sexual abuse of children. Vihjeliin has been a member of the international INHOPE network since November 2011. INHOPE is a collaborative network of 49 hotlines in 42 countries.